Orest Sushko is a member of the Ukrainian Bandurist Chorus, following in the footsteps of his father Makar Sushko, the first Canadian member of the Chorus in 1949 – and grandfather Paul Stepowy, a bandura craftsman and honorary patron of the Chorus. As an Emmy award-winning Re-recording mixer in both film and television, Orest has worked with a broad range of directors from David Cronenberg to Barry Sonnenfeld to Guillermo del Toro – television series including Orphan Black and Frontier to documentaries for David Suzuki, The North Face, The Patagonia and Alan Doyle of  Great Big Sea. Orest is currently Director of the Broadcast–Broadband Convergence B²C Lab in Toronto, exploring multi-sectoral applications of the new ATSC 3.0 broadcast television standard set to replace the ATSC 1.0 standard in North America. The B²C Lab is the first of its kind in Canada. For more information, please visit: b2convergence.ca

HONORARY BOARD OF DIRECTORS

BOTH ENGLISH AND UKRAINIAN VERSIONS ON ONE DVD !! 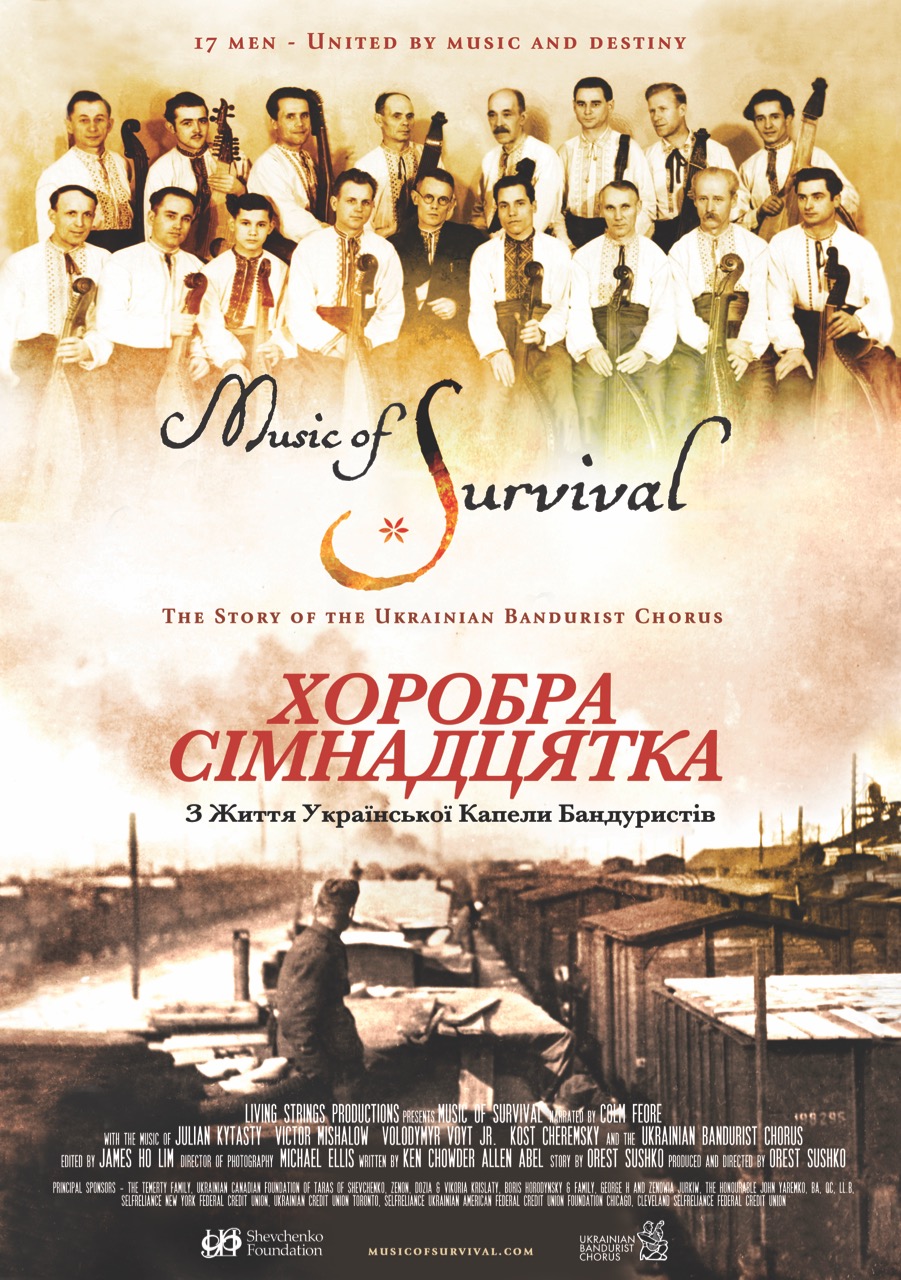